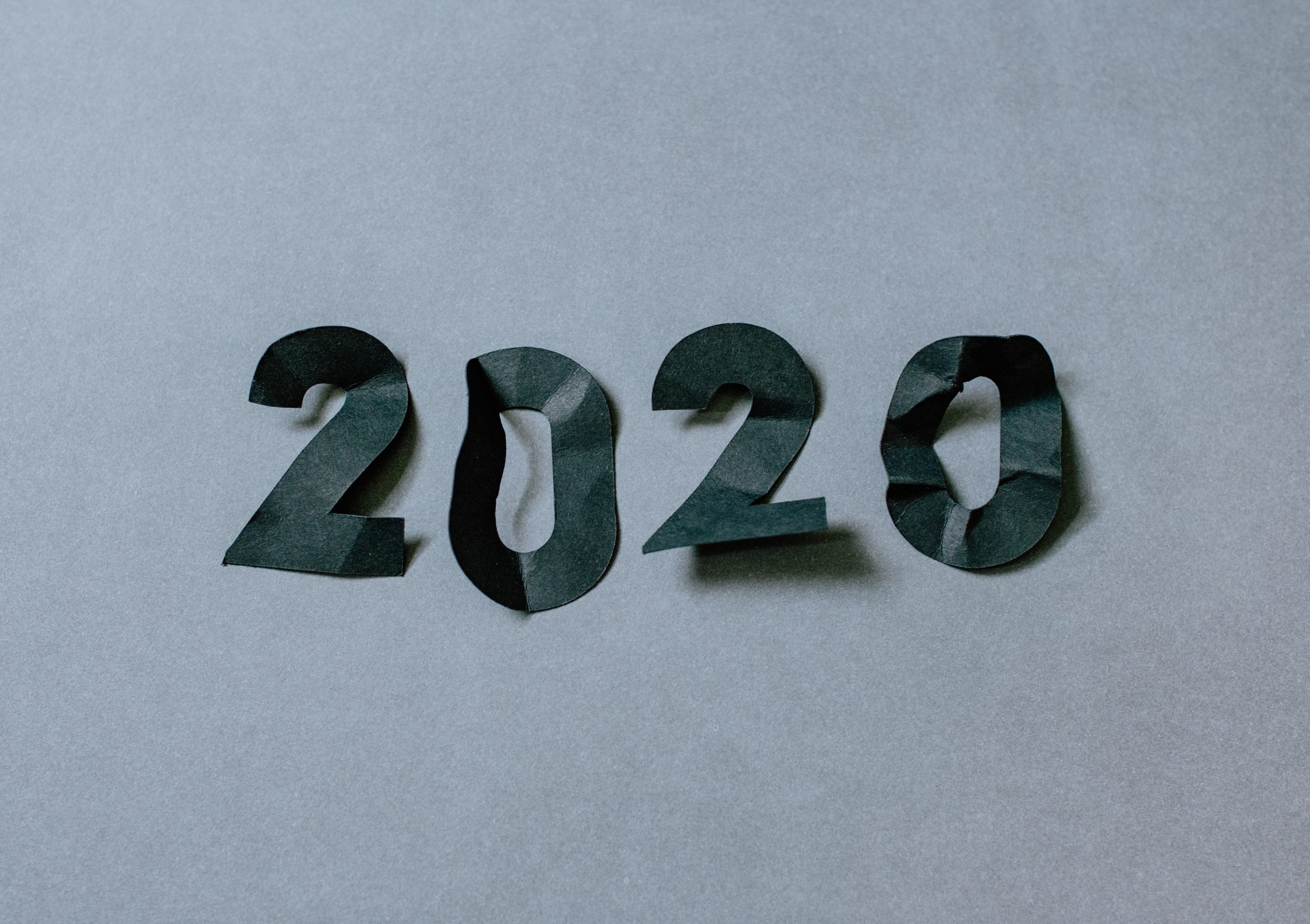 FloodFlash brokers: behind the scenes with Ben Lang

Phew! What a year. It’s fair to say that 2020 had some ups and downs. We’re glad to say that for FloodFlash it was mostly ups. The last 12 months has seen some incredible milestones:

This blog is a month-by-month recap of how it all happened. You can find even more detail about each story on our blog page.

FloodFlash started 2020 by finishing their term as part of the Lloyd’s Lab. The insurtech accelerator strengthened our relationship with the London market, supercharged our product development and opened more than a few doors to future partnerships.

As FloodFlash co-founder Ian said at the time: “The whole experience has opened up a lot of opportunities for us. Now the follow-up work begins.” How right he was…

We kicked off the second month of the year with our biggest flood awareness campaign to date. Flood February was designed to raise awareness of the threat that flooding poses to businesses in the UK. When awareness is higher we stand a much better chance of protecting the thousands of lives that floods impact every year.

Little did we know that our campaigning would get a boost from two major storms. Storm Ciara arrived in the UK on the weekend of the 8th of February bringing widespread flooding across the country. Storm Dennis soon followed to make this the wettest February in living memory.

The double whammy of two big storms was the biggest test of our rapid-payout cover to date. We paid all our claims within days of the floods that caused them. The fastest was paid in 26 hours. It was amazing to see clients back up and running just days after their businesses were underwater. The stories they shared are a testament to the power of parametric cover.

Team FloodFlash was ready to capitalise on the campaign and the increased profile that flooding had in the media (for evidence of that you only need look at Commercial Director Brent’s excellent turn on BBC Look North). Unfortunately the momentum that we had built up with our record-breaking claims was undercut by the biggest news of the year COVID-19.

In the early days of the pandemic there was huge uncertainty (remember having an hour to go outside to exercise?!). March became a month to consolidate and make sure that FloodFlash could still provide our essential insurance in a time when businesses needed it more than ever. We overhauled our working practice and updated sensor installation processes to make sure no client contact was needed. By the end of the month we were just as slick as before whilst placing cover faster than ever.

April – building the product as the market slowed

Whilst brokers and their clients continued to grapple with the implications of COVID-19, we turned to the future. April was a month of product improvements. We tested new features and surveyed brokers on how they felt about rapid-payout insurance.

The spring broker survey also provided fuel for future innovations and confirmed that brokers couldn’t live without rapid-payout insurance. 77% of brokers that had sold a policy said they would be “very disappointed” to lose the product. Amongst the many product updates that came in the spring, the biggest was the introduction of the quote configurator. Now brokers could create multiple different policy configurations and compare premiums within a single quote through a simple interface.

May – leading the parametric conversation

As the pandemic tightened its grip, businesses across the country faced prolonged period of business interruption. The press painted insurers as a key culprit in the troubles that many businesses faced, particularly due to the lack of clarity around business interruption claims. Thought leaders across the industry began to ask the inevitable question on how to avoid this bad press in the Future.

Parametric insurance came up time again during this period – praised as a simple and clear alternative insurance method. FloodFlash co-founder Adam joined the debate through thought pieces and interviews. The best of these came in the form of the Insurance Post round table on claims, and the Instech London Webinar. Parametric insurance was no longer a niche topic for small conference stages. It was occupying the imagination (and for us the reality) of insurance experts everywhere.

The interest in parametric insurance continued to grow throughout the lost summer. Adam followed his webinar appearances and interviews with a thought-piece explaining why the pandemic was driving interest now: cash flow is the key to commercial survival during a crisis.

Large events like the pandemic have a massive impact on any economy. Access to cash is hugely important during a recession. Protecting the balance sheet is not as important as making sure you have cash to recover after a catastrophic event. After all, if a claim takes too long it gets paid to the bailiffs.

It wasn’t just the insurance influencers that were thinking more about this new type of cover though. Customers were reacting too. And FloodFlash was setting the agenda for parametric growth worldwide. June saw FloodFlash sales records in spite of the pandemic putting pressure on client spend. We set single-week records for GWP (a record we broke again and again as the year progressed).

July saw the continuation of the summer ‘hot streak’ with two more GWP records. Similarly our founders’ profile continued to rise with the parametric insurance that they pioneered. Adam’s interview with Leader’s Edge Magazine covered how far we’d come and FloodFlash hopes for the future.

Five months after Flood February many businesses were still waiting for their traditional insurance to pay out. We took the chance to share a retrospective on just one of our claims from earlier in the year that was paid within days of the flood. The article focussed on insurer, broker and client perspectives of the claim. It showed how game-changing our claims were for everyone that they touched.

You can’t do insurance right without a cast of many in the background helping out. We’re indebted to our investor, insurer, broker and client partners for every success we’ve experienced to date. July saw the FloodFlash family grow even bigger with the launch of our partnership with flood restoration specialists Polygon. The exclusive deal meant that FloodFlash customers could turn rapid-payouts into rapid recovery. Clients could now call on a Polygon expert to review their recovery needs within 8 hours of a flood. Not bad when recovery times need to be faster than ever so that businesses can start trading again.

The second half of the FloodFlash’s 2020 began with rising temperatures in the sales department but August saw another bout of wet weather cause widespread disruption, particularly in Scotland. FloodFlash paid claims within hours of the flooding again (28 hours to be precise). The February success was no fluke.

Ian used August to get in on the thought leadership action, this time with the Insurance Post. His piece on how FloodFlash was navigating the hard market was a perfect foil for Adam’s earlier pieces. He made the case that it wasn’t just customer demand for parametric covers that was increasing. Pressure on insurance markets made the uptake even more attractive as insurers looked to walk away from difficult catastrophe risks.

FloodFlash was founded on the belief that no business should have to close due to flooding. Up to this point FloodFlash had focused on protecting small to medium sized businesses. That all changed in September with the launch of FloodFlash+, the new service for large and complex risks.

As part of the launch, we shared the FloodFlash Commercial Risk Report with the delegates at AirmicFest. This comprehensive review of the flood risk that businesses face across Britain showed the scale of the problem that FloodFlash is in the process of solving. Plus it demonstrated how powerful the right application of data can be, particularly with our partners at JBA, the Ordnance Survey and the Environment Agency backing us up.

With our newest service just launched and new lockdown measures leading to a nationwide hokey-cokey you would be forgiven for thinking that sales would slow down in Q4. In fact, October saw 4 monster weeks of trading. Records that had been beaten consistently throughout the year fell again. In addition FloodFlash brought up a huge milestone for such a young insurtech.

Since the pilot in 2018 FloodFlash crossed the £1,000,000 GWP mark, a testament to the businesses and livelihoods that are now protected that weren’t before. This is the first point at which we have had a chance to reflect on our role in closing the global protection gap. And whilst it’s a humble start, this value represents a springboard to protecting more businesses over the years to come.

In November we received news that cemented a year of sales progress and claims proof. FloodFlash is one of the latest additions to the Insurtech 100, Fintech Global’s list of companies pushing the boundaries of insurance.

To crown the achievement our customer activity reached new peaks – this time with our largest ever number of quotes in a single month. Quote activity is a firm predictor of bind activity to come so we expect the new year to start with even more broken records.

At the end of the year we got a bit more recognition, this time from the experts and publications that set the insurance agenda. In total we have picked up 12 prestigious awards including: MGA Initiative of the Year(Gold) at the Insurance Times awards; MGA of the year at the British Claims Awards; and a double-win of Startup B2B and Customer Experience – Claims at the Insurance Times Tech and Innovation Awards.

2020 has been a tough year – particularly for the clients that we serve whose businesses have had to weather a storm that is far more unpredictable than any flooding that we protect from. Paying claims quickly has been an aim for Team FloodFlash from day one, so when it came to our claims we’re hugely proud to have supported UK businesses when they needed us most. Awards are great. But the best and only recognition we need came from those very clients that we supported in February and August.

In 2020 we saw that more customers, insurers and media heavyweights are ready for rapid-payout, parametric insurance. Next year we promise to build on that momentum. So if you think the last year looked successful, we can’t wait to share what we have planned for the years to come. Whatever your relation to FloodFlash, we hope you’ll join on the journey. Follow us on LinkedIn or Twitter to stay up to date.