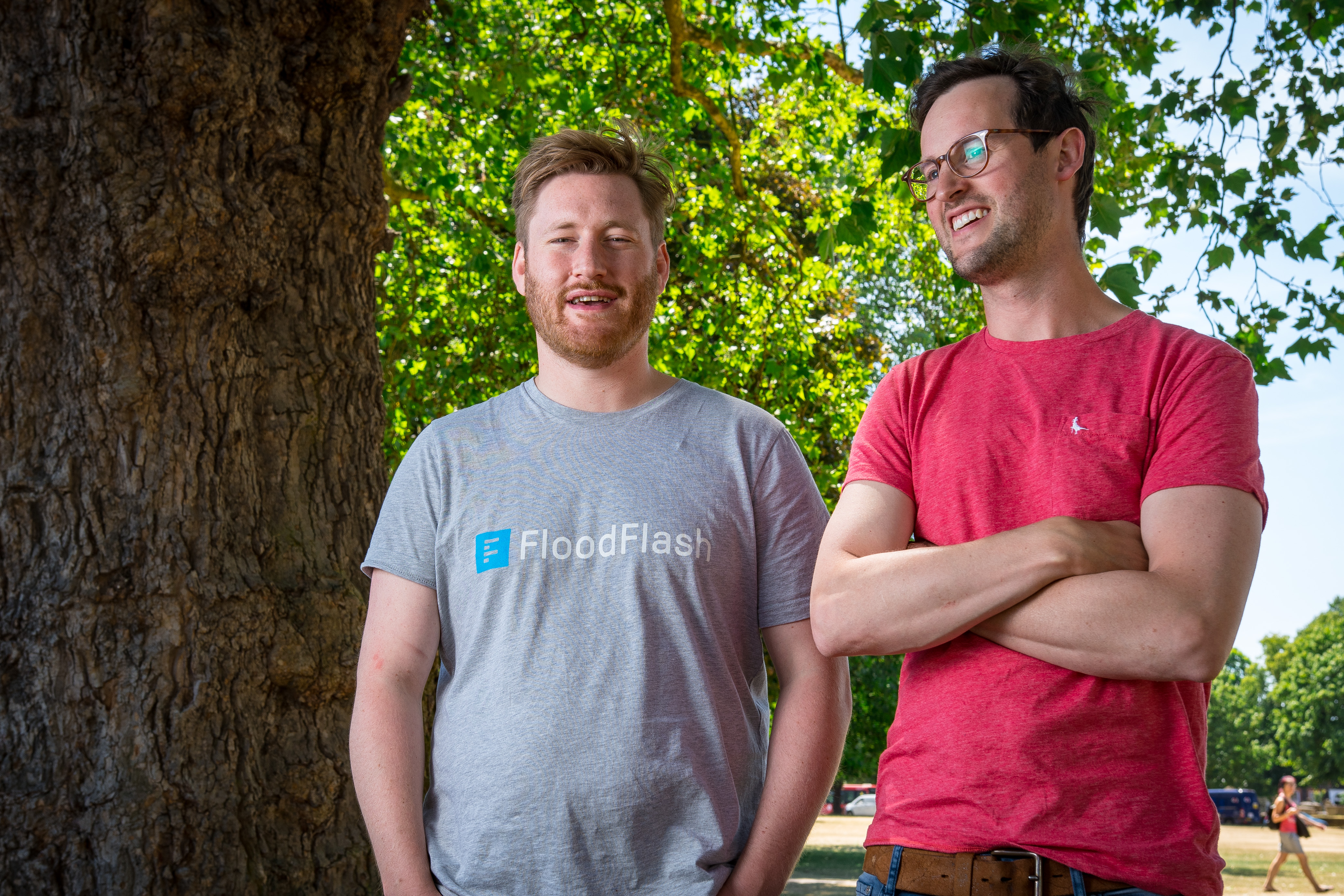 Podcast: what is parametric insurance?

Today we announced the news that we’ve raised a further £1.9m of seed funding to accelerate FloodFlash’s nationwide roll-out. You can read the full press release below. A huge thank-you to everyone involved.

FloodFlash has developed a tech-led approach that makes flood insurance available to everyone, including those with the highest flood risk. A FloodFlash policy pays out a pre-agreed, fixed sum as soon as a pre-defined level of flooding occurs. The flood triggers an internet-connected water-sensor and the payment is made immediately to the policy holder. The FloodFlash policy is an example of parametric or “event-based” insurance: settlement is made based on a pre-defined triggering event as opposed to the cost of damages.

The latest data show that every year there are $50bn of losses caused by floods around the world. Currently, only $9bn of these are covered by insurance. FloodFlash’s pioneering approach is the first of its kind in the sector and means that personalised and competitive flood policies can now be written for the highest-risk locations around the world.

Founders, Adam Rimmer and Ian Bartholomew, created the company following a combined eleven years modelling and structuring of parametric catastrophe bonds. These are typically used by large corporations or governments to recover large sums in the event of a catastrophe, but many of the benefits they confer were previously unavailable to small and medium sized enterprises.

Adam Rimmer, co-founder, says: “Every year tens of thousands of business owners lose their livelihoods because they have been unable to take out an affordable policy that protects their business. In the immediate aftermath of a catastrophic flood, people care less about dollar-for-dollar reimbursement for damages and more about whether their business will survive at all. We want to make the world more resilient to catastrophic events and we believe FloodFlash’s event-based insurance is absolutely the best way for insurers to cover higher-risk areas.”

Ian Bartholomew, co-founder, comments: “The efficiencies in the technology that we have developed make FloodFlash policies available to those who need it most. The FloodFlash sensor and high-resolution pricing algorithms are essential parts of that. We think that by pricing risk in this way, and by promising instant settlement, we can help to resolve what is arguably the largest market failure in insurance.”

FloodFlash is regulated by the FCA and is currently carrying out a live pilot for its policies with a select group of SMEs in parts of the UK with significant flood risk, including Carlisle.

Insurance capacity for FloodFlash policies is provided by Everest Re through their syndicate at Lloyd’s of London. The company is becoming a coverholder at Lloyd’s, giving it the ability to underwrite and issue a larger number of policies.

The startup has been working as part of the InsurTech Gateway, the InsurTech focused incubator since mid 2017. The company currently employs five people but expects to double that number over the next six months, as it prepares for product launch in October. The growing team already includes published scientists, expert insurance software engineers and a former Dyson product designer.

Stephen Brittain, co-founder and director of InsurTech Gateway, said:“FloodFlash has designed a product that will revolutionise the sale of flood insurance in this country and around the world. We are delighted to have had the opportunity to fast-track the company through the early stages of concept definition and funding rounds to ready it for scaling.”

Tara Reeves, partner at LocalGlobe, said: “Climate change is leading to more extreme weather events, but these are often hard to insure. Parametric insurance dramatically reduces underwriting and loss adjustment costs, and those savings can be passed on to the consumer. Adam and Ian’s background in risk modelling and hydrology is uniquely suited to this challenge.”

Eddie Anderson, partner at Pentech Ventures, said: “FloodFlash is a business that has global potential. There is no country on the planet where severe or freak weather does not cause havoc, whether it is flood or hurricane. We think markets around the world will welcome this innovative, cost-effective way to sell insurance that has been adapted to take into account the way we live today.”

Sam Geddes at Everest Insurance® said, “We are excited to play a part in the launch of this new customised solution to help alleviate the significant flood risk that so many continue to contend with around the world. Harnessing big data while incorporating new innovations in science and technology will continue to be integral as we work alongside other industry leaders to put right a known problem in the insurance market.”

About FloodFlash: FloodFlash is an InsurTech startup that wants to solve the global problem of uninsured losses. Founded in London in 2017, FloodFlash is developing a sensor-based product which will bring parametric insurance to the masses and enable fairly-priced, no-exclusions, instant-settlement flood insurance. Customers will receive a pre-agreed settlement as soon as the FloodFlash sensor detects that waters have exceeded a critical depth. www.floodflash.co

About InsurTech Gateway: InsurTech Gateway is the only FCA approved incubator in the world. From its London base, it is using its unique set of capabilities to build a portfolio of high growth InsurTech companies, with the backing of Hambro Perks, the Lumley Family and leading European reinsurers. insurtechgateway.com

Pentech Ventures are leading early stage software investors looking for opportunities to build breakout companies in emerging market spaces, with particular focus on AI and ML. Founded in 2001, the firm has raised over £150m across three funds and has a long track record of guiding small founding teams from pre-launch to international scale. Pentech’s four partners are ex-operators with deep tech backgrounds and an immersive understanding of the businesses they invest in. With a UK outlook and hubs in London and Edinburgh, the team’s investments include Acunu (Apple), FanDuel, Maxymiser (Oracle), Nutmeg, Outplay and Semetric (Apple). The companies Pentech has backed have between them created almost 1,700 new jobs.