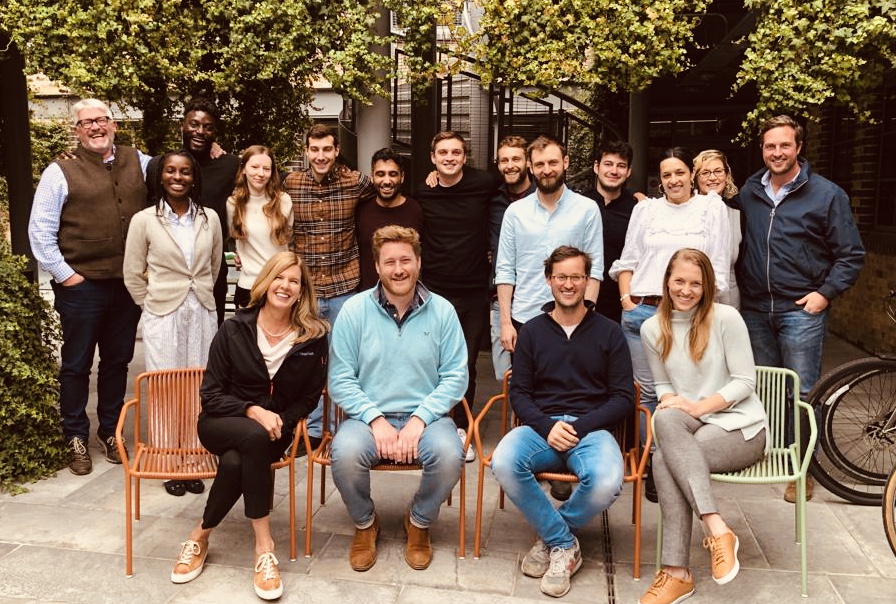 FloodFlash raises $15m Series A with sights set on US expansion

The following is the press release announcement for the FloodFlash Series A fundraise. For more information contact chris@floodflash or call 0203 608 6620.

[FEB 10, 2022] FloodFlash, the parametric insurance technology company that pays catastrophic flood claims within 48 hours, today announced a Series A raise of $15m. The round was led by Chicago-based Buoyant Ventures with San Francisco-based fund Munich Re Ventures also featuring as an investor. Sony Financial Ventures/Global Brain (Tokyo), MS&AD Ventures (San Francisco) and PropTech1 (Berlin) all participated in the round alongside existing investors Pentech, Local Globe and Insurtech Gateway.

The investment comes three months after FloodFlash announced a new insurance capacity partnership with Munich Re, one of the world’s leading providers of reinsurance, primary insurance and insurance-related risk solutions. FloodFlash plans to use the investment and capacity to fuel international expansion and begin closing the $58bn flood protection gap. Target markets include the US, Germany, Australia, and Japan.

The US represents the biggest opportunity. According to NOAA, inland flooding alone caused more than $151bn in damages across the US in the last 40 years. Despite the prevalence of flood risk in America, only 5% to 15% of homeowners, and fewer than 5% of small to mid-size businesses, carry flood insurance[1]. This represents a massive opportunity for FloodFlash, who have already made an impact on the UK flood underinsurance problem.

Since launching in 2019, FloodFlash has established a track record for combatting extreme weather losses. Their unique coverage combines computer models, cloud software and connected technology to provide flood cover to those the insurance industry has left behind.

Aside from broader availability, a key advantage to the coverage is how simple it is. Customers choose a depth and payout amount for their policy. When flooding reaches the depth selected, the insurance pays out, typically within 48 hours. During Storm Christoph in January 2021 FloodFlash paid a client in full 9 hours and 44 minutes, setting a record for catastrophic flood claim payment.

FloodFlash CEO Adam Rimmer said “This investment is an endorsement of our parametric cover and how we’re using it to solve real-world issues. The group of investors for the round couldn’t be better tailored to supporting our efforts in solving the issues around underinsurance in the face of climate change.”

“Real solutions are needed to address flood risk in the communities on the front lines of climate change,” said Amy Francetic, partner, Buoyant Ventures. “We are thrilled to lead this first-class syndicate of investors and believe strongly that the FloodFlash team is well positioned for global expansion and success.”

“Parametric insurance is finally having its moment in insurtech and we believe the FloodFlash approach will appeal to hundreds of thousands of companies in the US and beyond,” said Ben Bergsma, Investment Principal at Munich Re Ventures. “Successfully writing natural catastrophe parametric insurance is no simple task. FloodFlash’s holistic solution, which includes sophisticated building-level underwriting and monitoring as well as an intuitive cloud platform for brokers and agents, is a game changer for the industry.”

Nikolas Samios, Managing Partner at PropTech1 Ventures said: “Constantly increasing climate-change induced risks are the dirty secret of the real estate industry. Everybody has them in their portfolio and regulation is getting tighter as we speak. Assessing these risks is therefore crucial for the build environment. FloodFlash has managed to develop a fast-growing business from that exact challenge. We are very excited to join the international consortium of investors and contribute the PropTech angle.”

Naoki Kamimaeda, Partner at Global Brain said: “We have witnessed more severe catastrophic disasters all over the world in recent years, made worse by climate change. The difficulty in estimating the damage caused by these disasters means that current insurance options are ineffective, unaffordable or full of uncertainty. FloodFlash has developed a unique parametric insurance product that serves the insurance needs of those most at risk. The FloodFlash approach is not only applicable in Europe and US but will be equally effective in Japan and Asia. We are very excited to join a group of global investors tacking climate change and look forward to helping FloodFlash to launch in Japan and Asia.”

Jon Soberg, Managing Partner at MS&AD Ventures said: “We are very impressed by the FloodFlash team and their strong execution. We believe this team has the DNA and the vision to really make a positive impact addressing climate-related risks. We are very excited to be part of their journey.”

Eddie Anderson, Partner at returning investor Pentech Ventures said: “An increasing number of businesses globally are at risk of flooding due to climate change. The vast majority of these businesses are unable to get insurance to give peace of mind should the worst happen. FloodFlash’s parametric approach is the solution to the billions of uninsured flood losses that occur each year. It is a privilege to be part of the FloodFlash journey as they provide that peace of mind to companies large and small.”

Remus Brett, General Partner at LocalGlobe and Latitude, said: “Small and medium sized businesses have for too long been treated poorly by insurers but FloodFlash is reversing that legacy with a product and service that is world class. The London insurtech now has the backing of global investors to help it attack this huge market opportunity and we are excited about what can now be achieved, both in giving small business owners peace of mind and in building a truly disruptive insurance company.”

To find out more about the FloodFlash product that got us to the Series A visit our homepage.

80% of the world’s catastrophic flood losses aren’t insured. That’s $58bn of uncovered damage, and it’s getting bigger each year because of climate change, population growth and urbanization. FloodFlash is an insurance technology company that combines computer models, cloud software and internet-of-things sensors into flood cover that protects those the insurance industry has left behind. FloodFlash is headquartered in London, is a registered coverholder at Lloyd’s of London and is authorised and regulated by the Financial Conduct Authority.

Buoyant Ventures is a venture fund that is 100% female-owned and that invests in digital solutions to climate change, namely software and hardware. With offices in Chicago and Denver, the firm invests in climate change mitigation and adaptation solutions poised to address the speed and scale necessary to combat climate change today.

About Munich Re Ventures

Munich Re Ventures is the venture capital arm of Munich Re Group, one of the world’s leading providers of reinsurance, primary insurance, and insurance-related risk solutions. With more than $1 billion in assets under management, Munich Re Ventures invests in the most innovative start-ups transforming the future of risk and risk transfer. MRV’s experienced investors are financially-driven while focused on the strategic interests of Munich Re and the broader insurance industry. MRV works closely with Munich Re Group businesses across the globe to fund and partner with the best emerging companies developing new technologies and business models – and risks – for tomorrow’s world.

Global Brain is an early-stage venture capital firm based in Tokyo. It supports startups that tackle pressing problems, create innovation, and contribute to the stimulation of the Japanese economy and beyond. Its high-achieving, experienced professionals identify excellent startups through multiple global locations in Europe, US and APAC, and provide hands-on growth support. Global Brain is uniquely positioned in the venture scene, managing flagship funds alongside multiple corporate funds, with Sony Financial Ventures’s CVC fund being one of them. Global Brain’s total asset under management is over US$1 billion, making it the largest domestic independent venture capital firm. Visit: www.globalbrains.com

PropTech1 Ventures (“PT1”, www.proptech1.ventures) is the venture capital platform for PropTech & ConstructionTech in Europe. PT1 leverages value from the megatrends of digitalization, method modernization, and sustainability/ESG in the real estate industry. PT1 has made investments in thirteen portfolio companies since the beginning of 2018 and counts well-known real estate companies, banks, medium-sized companies, and serial entrepreneurs among its shareholders. PT1 unites a diverse team of venture capitalist, real estate experts and digital serial entrepreneurs with regular presence in DACH, UK, Nordics and Benelux. Our team also includes more than ten advisory board members and venture partners, usually ex-CEOs of leading real estate companies. PT1 has thus created, in its own estimation, the most powerful early-stage PropTech platform in Europe, both from the perspective of its portfolio startups, which PT1 actively supports beyond purely providing capital, and for PT1 shareholders. In addition to a financial return, they receive structured access to what is expected to be the largest database on real estate innovation in Europe, as well as further inspiration and support for their own transformation projects.